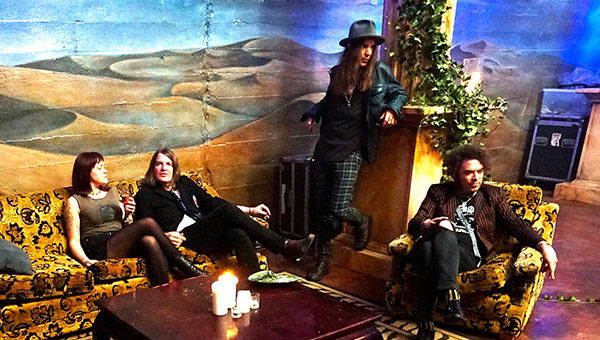 It was 2000 when “Bohemian Like You” led the irresistible dandys to worldwide success. It seems yesterday but this year Courtney&co. actually celebrate 25 years of career as well as the release of their 10th record out last January for Dine Alone Records.
They are going to play in Milan on the 16th of September and we can’t wait!
We had a chat with Courtney Taylor- in the meantime…

Since it’s the 25th anniversary tour, what can we expect from the setlist? Are you going to focus on the last album or go through all your records since the beginning?
There will be some major trippy jams but yes we will try to fit in songs from almost every record. We play rather long sets because we have put out too many records that it wouldn’t be fair to leave out any era.

How do you feel about celebrating your 25th anniversary as a band?
It sure seems to be a respectable achievement. I think for us it went by so fast that we don’t really feel like its been 25 years. It feels more like 8.

You have produced 10 albums, the last “Why You So Crazy” brings with it obscure and enigmatic elements with peaks of psych pop sounds, ethereal trip (we are talking about “Ondine”) and country folk raids. The album has a strong weird soul. It looks like a melting pot of various and mixed styles. Tell us how this album was born, what intentions you had and if the experimental vision we captured reflects exactly what you want to communicate to those who listen to this record.
Thank you so much, that is very flattering. We bring ideas in from our home studios then once they are loaded into the band studio computer we can all play on each other’s tracks. I think we all like the overall sound to be new or experimental so at some point somebody will record some oddball noises or more abstract seeming parts. On this record in particular those sounds ended up pretty loud.

We would like to know what the “Ondine” piece was born from, we know it is a piece by Ravel, played on the piano. We were caught off guard by this song. Why this choice? Are you going to play it live?
Our friend Hunter happened to just start playing it afer Thomas recorded on “Forever” and it sounded perfect so we left it as our final winding down song. It’s fantastic if you are really really stoned and laying on the sofa with headphones. 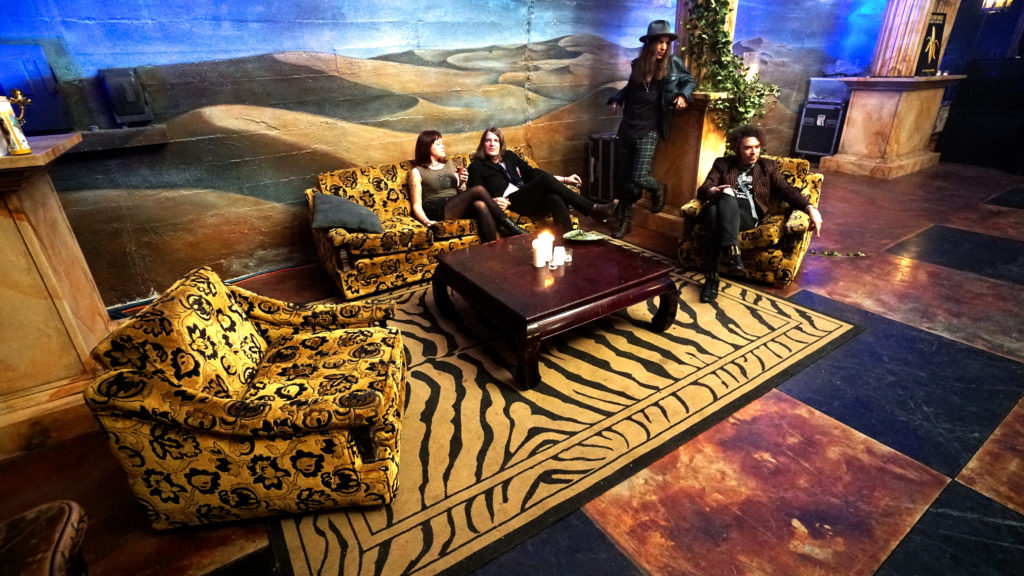 Many of your songs have religion-related titles: “Godless”, “Sins Are Forgiven”, “To The Church”, “Semper Fidelis” and like many psychedelic bands you have a mystic aura. Does religion have some influence on your music?
That is interesting. None of us buy into organized religion so i have no idea why the subject keeps coming in. I suppose religion is such an omnipresent mess in our world that it just has to rear its ugly head sooner or later. I would hope we handle it in clever or positive ways.

Your most famous hits have ended up on spot TV (in Italy we all know “Bohemian Like You” from our memory and how it convinced us to change mobile phone company!), in several TV series and even as a soundtrack for videogames. What effect does it have on you? Are you afraid of being “labeled” a hit wonder band or do you think it’s a way to export your music to more mainstream fields? Actually it seems that after the great success of “Bohemian Like You” you decided to give up the mainstream pop direction and go back to your niche.
I guess we don’t really think about what happens to our records after we make them. It’s nice that they get played globally and that checks show up in the bank.  The record “13 tales” has about as much psychedelic music as any of our records but the single “Bohemian Like You” became such a huge hit that it is remembered as a somewhat straight rock and roll record. Put “13 tales” on and listen in its entirety and see what you think.

Tell us about your relationship with Brian Jonestown Massacre of which you’re both detractors and admirers together. We have also seen the documentary Dig! but we would like you to tell us what relationship you have with Anton Newcombe.
The band has changed members so many times that i don’t even know who is in it any more. We will always be friends with Anton. He and his wife and son came by and hing out when we were in Berlin earlier this year and its always nice to see them and catch up. The movie was a mess of bad acting and scrapping together something like a plot so in general we were all disappointed that most of the actual documentary footage was left out in favor of scenes which were set up by the director.

Thinking back to the 90’s in Portland, when the band was born, what do you remember about those years? Who or what was your mentor? We remember Elliott Smith and the Heatmiser who moved in Portland and who are remembered as the last representatives of American alternative rock.
Portland had its share of grunge and rap rock. Elliott wasn’t like the rest of the Portland scene and neither were we. Heatmiser never really got very far before he split to be a solo artist so is historically just a footnote to Elliott smith’s career.
Our band was pretty disappointed in american 90s music which is a big part of why we existed at all. The english bands Spiritualized, My Bloody Valentine and such were who we listened to and who inspired us.

What’s your favourite album, the one you think it’s more representative of you or the one you are more attached to?
“Why You So Crazy” is my favorite album ever.

Last question. What would you ask the US Secretary of State today?
What, if anything, do you actually do for a living?